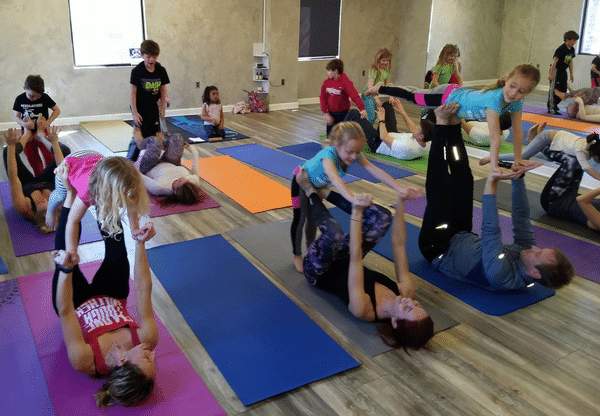 Family Yoga: The Union of Parent and Child

Be honest, haven’t you always wanted to howl during upward-facing dog pose? Well, now you can! It’s called family yoga, where adults are encouraged to yuck it up. And, as for the kids, they’ve been doing this for years—it’s called being a kid. This is the “yes zone,” where abundant energy and brazen silliness are welcome, says SyteraYoga teacher Marci Love Thomas. But not to fear: there are still traditional asanas in family yoga. There are sun salutations and standing poses like warrior II—better known as “surfing.” The breathing elements are there, you know, “smelling the poopy diaper.” And what about partner poses? Yes, you’ll get to be part of a human bunk bed! Now that sounds like fun (if you’re not the bottom bunk). END_OF_DOCUMENT_TOKEN_TO_BE_REPLACED